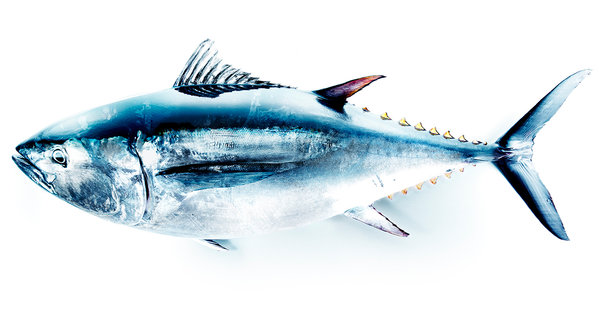 In the wayback machine, I was an editor for the World Wildlife Fund’s International Secretariat in Gland, Switzerland. I wrote about many conservation topics, and one of the most urgent at the time (well, weren’t they all) was the looming fisheries crisis. My cover story for the Spring 1995 issue of WWF News was Fishing for Disaster: “Overfishing affects the whole world: an estimated 20 million people who fish for a living, national economies (since 1983, the Canadian government has spent US$1 billion on fishermen’s welfare), anyone who eats seafood, not to mention the fish.” It was hard to get international press to cover the marine debacle. But 15 years later, it is headline news. (See, it pays to contribute to conservation organizations—they persevere.)

Paul Greenberg’s article Tuna’s End is the cover story of last Sunday’s New York Times Magazine. It’s an excellent read, putting mind-numbing scientific numbers and theories into comprehensible prose. And it’s filled with drama: “When BP’s Horizon Deepwater oil rig collapsed into the sea, it spewed oil across the only bluefin spawning grounds in the Americas just as the tuna were preparing to mate.” Jaysus! And did you know that bluefin tuna was once disdained by Japanese elite? “Originally, fish with red flesh were looked down on in Japan as low-class food, and white fish was much preferred” in Edo (now Tokyo). Rather than otoro being an ancient delicacy, the Japanese didn’t start eating it until 170 years ago. A blink of an eye in the timeline of food history. Now some populations of the fish (Kenji Aoki’s photographs show how beautiful this living bullet is, its skin as shiny as a skating rink) are on the brink of extinction.

Most interesting for Hawai‘i readers is Greenberg’s trip to Kona Blue Water Farms off Hawai‘i Island, where he finds a product—farmed kahala, or “Kona kampachi”—that could be part of the solution of changing bluefin lust behaviors. Hiroshi Fukui of Hiroshi Eurasion Tapas has been using this locally farmed fish for years to make his trademark Sizzlin’ Kona Kampachi. And Greenberg explains why you don’t have to worry about ciguatera. Eat with abandon!